The highly anticipated 2023 list of the UK’s Top 50 is set to be announced on Monday 23rd January in Suffolk. 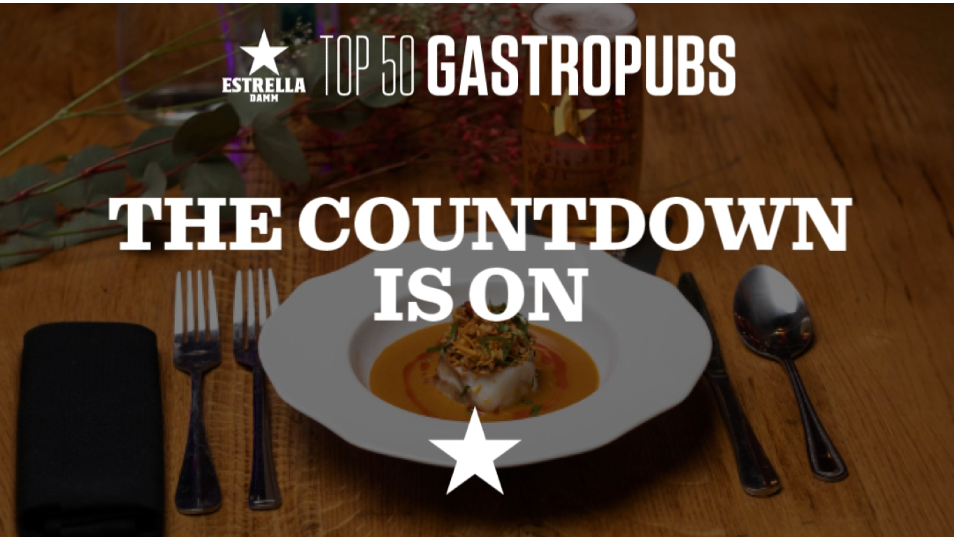 We’ll be taking a trip to current number one, The Unruly Pig in Woodbridge to announce the 2023 Top 5 Gastropubs list. Described as winsome, warm and witty and loved by many, The Unruly Pig is one of four East Anglian pubs also featuring on this year’s list with a further eleven in the Southwest and Wales, nine in the Northwest, and thirteen in the Southeast and London.

The lists are created each year to celebrate excellence within pub gastronomy across the UK with the official announcements taking place at an exclusive event with a lunch hosted by a chef within the top 5. Our 14th list is no exception, we have seen five new entries and three re-entries from pubs who are really making waves in the industry.

Alongside the official list reveal the ceremony also awards places to specialist categories including Newcomer of the Year and Front of House Team of the Year. A One to Watch award is also up for grabs for a gastropub which has all the makings of a Top 50 Gastropub but hasn’t made the list yet.

Top 50 Gastropubs, Publisher, Chris Lowe said: “After a tough few years for the hospitality industry, we are thrilled to see such a strong list of contenders this year. The Top 50 Gastropubs provides a platform for food-lovers to explore the very best offerings across the UK.”

The Top 50 Gastropubs list in alphabetical order is as follows:

The Angel at Hetton, Hetton

The Dog at Wingham, Canterbury

The Loch and The Tyne, Old Windsor

The Pipe and Glass, South Dalton

The Red Lion and Sun, London

The White Swan at Fence, Fence

This year brings back the 51-100 list as a way to recognise as many fantastic pubs as possible from the hundreds of votes received. These will be announced across our Instagram, Facebook and Twitter channels from Friday 13th January every day in the run up to the main event.