Entries for Newcomer of the Year and Front of House at the 2023 Estrella Damm Top 50 Gastropub awards are open now. 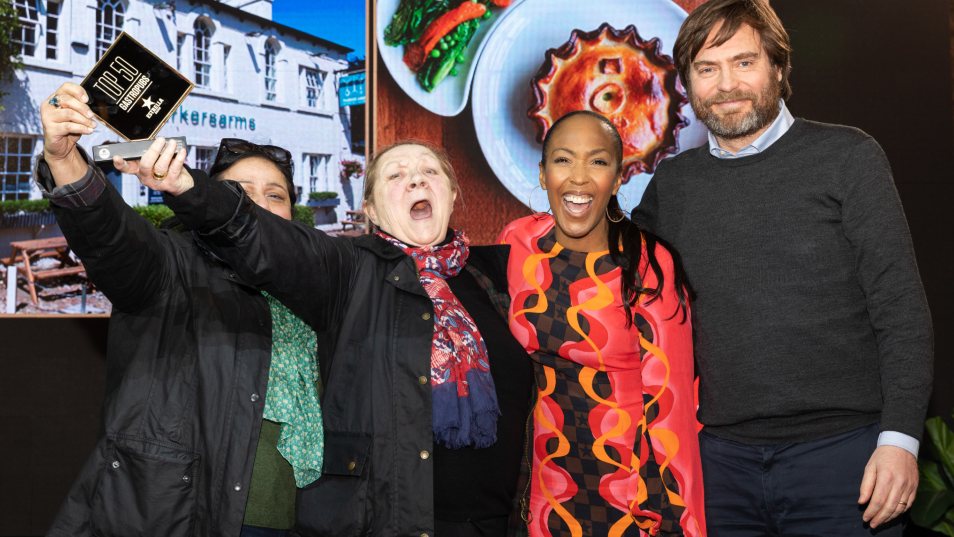 The Newcomer of the Year award is open to gastropubs which have been trading for up to 18 months on the closing date for entries. It is designed to celebrate up-and-coming talent.

Owner of the country’s number one gastropub, the Unruly Pig in Woodbridge, Suffolk Brendan Padfield said it was difficult to adequately explain what bagging this top spot has meant for the team.

“Simply put, it has been truly wonderful – a privilege and an honour,” he continues. “It isn’t false modesty to say that the accolade came as somewhat a surprise at last year’s awards ceremony in Manchester. Indeed we were shocked to our core. But it was a glorious surprise at that and one I will never forget for the rest of my life.

“Put on one side the positive effect this award had on business, more importantly it has been such a huge shot in the arm for the lovely team of Unrulies - they are so justly proud and profoundly grateful to all those pubs who chose to vote for us. Thanks to all of them again especially and the very best of luck to everyone, up and down the land, for the January 2023 awards.”

Nick Hack and Tina King, owners of the Cadeleigh Arms which ranked 48th in last year’s list said: “It is an honour for the Cadeleigh Arms to have been in the Top 50 for the past three years. It is very rewarding for the staff as well to see the Cadeleigh there as they are so dedicated and hard working as a team. It makes them burst with pride.”

Last year, the Blue Boar in Westminster, central London was crowned One to Watch, after head chef Sally Abé took to the helm.

The pub sits within the Conrad London St James Hotel, with dishes such as carrot and ginger soup with a sage and onion scone, and lentil shepherd’s pie with sprouting broccoli and black garlic gravy previously featuring on the menu.

The 2022 winner for Best Front of House Team was Dylans at the Kings Arms in St Albans, Hertfordshire. A Top 50 spokesperson said: “Each diner interacts with several staff all there to guide the dining experience but deliver open the promise of a friendly pub atmosphere.

“Whether you are looking for one of several guest beers, the eclectically curated wine list or a non-alcoholic cocktail, you will find an experienced, passionate team member on hand to help with the dilemma of what salivating food and drink description to order.”

Top 50 Gastropubs was conceived in 2009 to recognise the hardworking individuals of the gastropubs industry. The list is created by collecting votes from more than 100 industry professionals who are key figures in the sector.

Judges come from leading pub businesses, editors of media brands and food writers who are geographically spread across the UK to ensure no regional bias.

Enter your pub for free for one of the awards now.