Which ingredients should I use in each season? 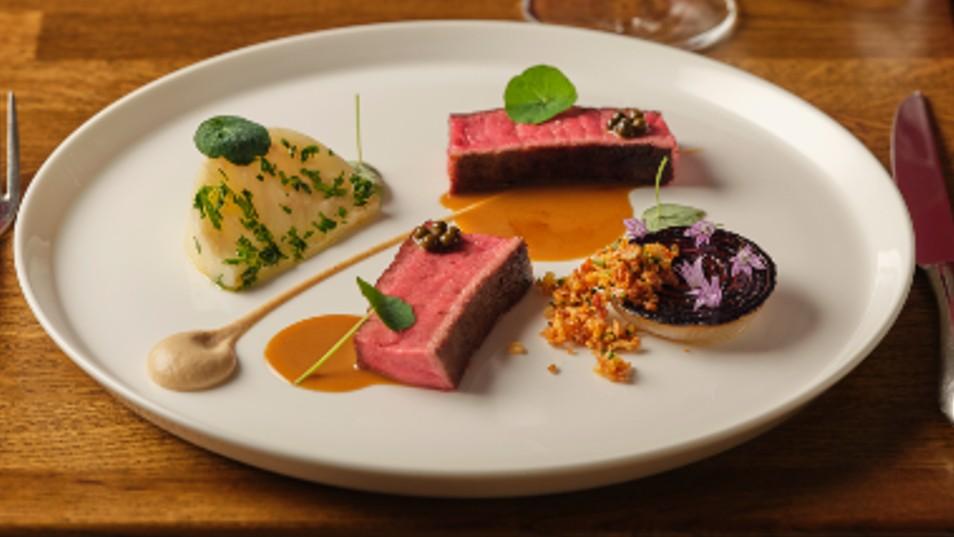 Top gastropubs take pride in curating dishes out of seasonal fruit and veg. By choosing seasonal ingredients, you end up with fresher, sweeter and more flavourful products that taste better. Here’s our guide to which items are ripe in each season, with Top50 chefs advising on their favourite picks. Look no further in curating a menu that’s perfectly tailored to the season.

The cold start to the year is the perfect time for apples, beetroot and brussels sprouts as well as celeriac celery and chicory. Jerusalem artichokes, leeks kale and mushrooms are also at their best this time of year.

Veg in season also includes red cabbage, salsify, spring onions, turnips squash and swedes. Owner of the Unruly Pig in Bromeswell, Suffolk said his favourite ingredient this season was winter truffle as its taste was “divine and the aroma is to die for”.

For head chef at Buckinghamshire-based pub the Greyhound James Askew, forced Yorkshire rhubarb was the favourite product in this season for its sharpness and fragrance, as well as blood oranges for their complex flavours.

Jerusalem artichoke was the chef’s favourite winter vegetable, as its pure earthiness and deep flavour works with so many dishes, and in his opinion, was underused.

A post shared by The Cross at Kenilworth (@thecrossatkenilworth)

With the arrival of March comes spring and the sprouting of new vegetables. Artichokes, sorrel, rhubarb and carrots are among the pick, and chicory, leeks, asparagus, parsnip, spring greens and watercress are also at their best in this season.

Artichokes, rhubarb, new potatoes, chicory and sorrel stay in season throughout the beginnings of summer. However, many other vegetables flourish in May. These include beetroot, aubergine, chillies and lettuce.

These vegetables are seasonal throughout June, which also brings fruits such as blackcurrants, gooseberries, cherries, raspberries, redcurrants and tayberries into the limelight. Vegetables including broccoli, turnips, broad beans, cauliflower, courgettes, runner beans and cucumber also grow in June.

Padfield enjoyed using asparagus during this time. He believed there was none better than Suffolk asparagus, although Wye Valley comes a close second.

Summer sees an abundance of fruits become ripe, such as blackberries, blueberries and strawberries, with cherries, raspberries and redcurrants remaining in season.

Turnips, samphire, runner beans, swish chard, watercress, rocket and tomatoes are also at their best at this point in the year. As summer continues, vegetables like damsons, leeks, mangetout, marrow, peppers, pumpkins and sweetcorn reach their prime.

Padfield favoured gooseberries in this season. “There is no beating the gloriously sharp flavour in a fool or a puree (wonderful with mackerel),” he said.

Come August, he turned to blackcurrants which he said were rich, wonderful and “ace in a summer pudding”. For Boyce, tomatoes and courgettes were the best ingredients in the summer months.

With autumn comes a whole host of new array of veg, as items such as blueberries and garlic drop off the list and are replaced by peas, pears and peppers, as well as radishes, red cabbage and watercress.

Furthermore, beetroot, broccoli, turnips, wild mushrooms and rocket are added to the palette, and so are aubergine, brussels sprouts, carrots and cauliflower.

What’s more, October is the time for apples, chestnuts and elderberries, in addition to celeriac, potatoes, quince, runner beans, winter squash and swede.

Askew loved using figs and fig leaves at this time for their “incredible herbaceous flavour profile”. He added that elderberries, which are deep and purple but with a tartness, were perfect in a winter salad.

For Bennett, it was wild mushrooms that were the top pick for this season.

Root vegetables like butternut squash, carrots and potatoes are in their prime as the year comes to a close. The ingredients of a traditional Christmas lunch are identifiable in November’s offerings, which include brussels sprouts, red cabbage, parsnips, cauliflower and onions.

Other items in season at this time include celeriac, chestnuts, Jerusalem artichokes, pears and quince, as well as swede and wild mushrooms.

Indeed, cabbage, sprouts and winter truffle were among Boyce’s favourite ingredients this season. For Askew, pumpkins were the top pick. He said there was “something special” about their colours and flavours at this time of year.